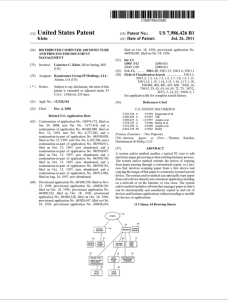 The FTC on March 17 released its final order settling charges against MPHJ Technology Investments, LLC and its lawyers for deceptive sales claims and phony legal threats in letters that accused thousands of small businesses around the country of patent infringement.  Under the Order, MPHJ Technology Investments, LLC and its law firm are barred from making deceptive representations when asserting patent rights.

The FTC and the MPHJ Technology Investments settled in November of 2014.  That settlement was the first time that the FTC took action against a patent assertion entity using its consumer protection authority.  Generally, a patent assertion entity is a company that buys patents and tries to generate revenue by licensing those who are or may be using patented technology.

The Commission voted 5-0 to approve the final order.  Under that Order, MPHJ, its law firm of Farney Daniels, and MPHJ’s owner, Jay Mac Rust, are prohibited from making false or unsubstantiated representations that a patent has been licensed in substantial numbers or has been licensed at particular prices. The order also prohibits misrepresentations that a lawsuit will be initiated and about the imminence of such a lawsuit.