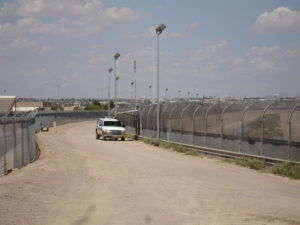 Could this be your land?

The article, originally published in the NY Times, reflects the border residents’ anti-wall feelings.  But it is short on meaningful advice for border landowners.

Condemnation battles are typically litigated on two fronts: authorization and compensation.  The Texas border wall opponents are not likely to succeed on the authorization front.  First, Congress has almost certainly authorized this use through a 2006 law.  Second, the administration will argue, the use is reasonably related to achieving national security goals.

The big battle will be about compensation.  The government will try to pay the least amount.  But they’ll limit that payment to the dirt upon which the wall and access road actually sit.  They will admit that landowners deserve some money for that land.  But, for the government, that’s all they want to pay.

But the property owners also deserve payment for the diminished value of the property that will be blocked by the wall.  In many cases, the wall will sit far from the actual border.  Surveyors have not yet started.  But anyone can see that the wall will not sit on the banks of the Rio Grande.  It will cut through land owned by farmers, ranchers, and other hardworking families.  As a result, hundreds of Texas landowners will be unable to access parts of their land.  Or else will have that access severely limited, such that the value of that property is diminished.  Therefore landowners should fight for compensation.

The Trump administration is gearing up for a fight.  They are seeking 20 additional lawyers for the U.S. Department of Justice to litigate these cases.  Therefore, it seems clear they intend to bully their way to cheap settlements.

The Zimmerman Firm is currently accepting clients who have land along the U.S.-Mexico border.  We will help you efficiently and effectively seek payment for the impact on your land.  Contact me today.