I can’t guarantee any recoveries in your case. And you should not trust any lawyer that does. But I can guarantee that I’ll bring my experience and perspective to bear while representing my clients. 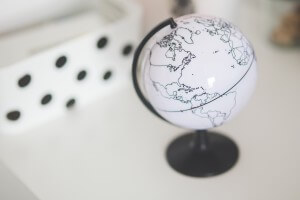 My experience is unique. Many lawyers spend their entire legal career on just one kind of work. But not me.

I began my career spending years in the trenches litigating high-stakes patent disputes against some of the biggest companies in the world. I also helped families whose children were injured or killed by defective products. I even defended companies whose products were wrongly accused of injuring people.  I litigated a lawyer’s contentious transition from one firm to another. I even counseled venture-stage companies at the early funding stage.

I’ve seen the practice of law from just about every angle: the plaintiff’s view, the defendant’s, and even the corporate client’s. Because of that range of experience, I have a distinctive perspective, through which I will evaluate and litigate your case.

Here are some of my results:

I was an integral part of a team representing Intergraph in patent litigation involving computer microarchitecture. Our recoveries in the initial phase totaled about $500 million:

In addition, we ran a licensing campaign and recovered:.

I worked with a team of lawyers proving infringement of three AMD patents against thousands of Samsung products. In the courtroom I argued claim construction. I also argued a critical summary judgment motion against Samsung’s most experienced lead lawyer. Outside of the courtroom I played many roles. Among other things, I was responsible for proving patent damages. In addition, I managed technical analysis and reports by outside experts. As the case matured, I presented a mediation position for two important AMD patents. Finally, I negotiated and drafted a settlement agreement with Samsung. In what is said to be among the largest patent recoveries of that era, Samsung agreed to pay AMD $283 million.

I was lead counsel in a defamation case arising out of the tragic mass casualty incident at Sandy Hook Elementary School in Newtown, Connecticut.  I represented Leonard Pozner, whose son, Noah Pozner, was murdered that day.

Conspiracy theorists hounded Mr. Pozner for years, accusing him of faking his son’s life and death.  We used the civil justice system to push back.  In doing so, we took the unusual step for a plaintiff of moving for summary judgment on liability. We were successful.

We tried damages to a jury in October of 2019. The jury awarded my client $450,000 in damages.  The court added another $650,000 in sanctions for Defendant Fetzer’s repeated violation of court orders.  The Wisconsin Court of Appeals upheld all issues on appeal. Defendant Fetzer’s petition for review is currently pending at the Wisconsin Supreme Court.

Other recoveries and matters:.

Part of a team that successfully reversed a federal district court’s permanent injunction under the relitigation exception to the Anti-Injunction Act. I had primary responsibility for briefing at the Eighth Circuit Court of Appeals.

That team also successfully overturned the district court’s Daubert ruling and subsequent grant of summary judgment. That reversal resulted in more than 5000 individual cases being remanded to district court for further litigation.

Defended a industry-leading graphics processor company in patent litigation against a non-practicing entity.

Participated in litigation in which we reached settlements on behalf of two families who lost three children in a vehicle fire. The details of the settlement remain confidential.

A major explosion and fire at a rubber processing plant in Mississippi killed several employees and severely burned others. I defended a company who makes temperature controllers.  I investigated and found that my client’s product could not have caused the fire. So we filed a summary judgment motion. The court agreed. At the end of the argument the court granted our motion from the bench. As a result, my client was release from the case.

* Past results are reported to provide an idea of the type of law I have practiced. It does not and should not be viewed as creating any expectation of result in any other case. All cases depend upon their own fact situation and applicable law.

**Being on the list is not intended to be comparative to other lawyers. Nor should it create an expectation about achieving results in any future matter.

The LCA is a trial lawyer honorary society composed of less than one-half of one percent of American lawyers. Fellowship in the LCA is highly selective and by

invitation only. Fellows are selected based upon excellence and accomplishment in litigation, both at the trial and appellate levels, and superior ethical reputation. In addition, the LCA is dedicated to promoting superior advocacy, professionalism and ethical standards among its Fellows.

Washington Post: The Parents of Newtown are Fighting back