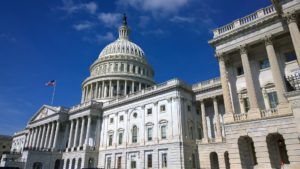 The U.S. House of Representatives passed a $788 billion budget bill that includes $1.6 billion allocated for construction of a border wall. The money is far short of what will be required to construct a wall along the entire border with Mexico.  But House leadership has promised “Every single dime the President requested to start building a wall on our southern border he’s going to get.”

If the bill is signed into law, the President will have enough money to build approximately 70 miles of border wall.  About 60 miles of that is likely to be in the Rio Grande Valley of Texas.

The spending bill faces significant hurdles in the Senate.

The funding fight has not stopped preparations for construction.  The Army Corps of Engineers has completed drilling and taking core samples in El Paso.  Their work continues in the Rio Grande Valley in South Texas.  Contractors are building prototypes so Homeland Security can figure out what kind of wall will work best.

Texas landowners are receiving letters from the Federal government demanding that residents sell land so the government can build the wall.  One report described a letter offering a Hidalgo County landowner just $2,900 for 1.2 acres along the Rio Grande that had been in the family’s possession for too long to remember.

Landowners may feel scared or powerless when they receive such a letter.  You may feel like there is nothing you can do other than sign the initial offer.

Don’t wait until it is too late

You have the right to just compensation from the Federal government if they take your land.  A lawyer can help you ensure that you receive the full value of the land the government takes.  If you own land along the Rio Grande Valley or near El Paso and you think the government might build a fence on your property, I urge you to contact me immediately.